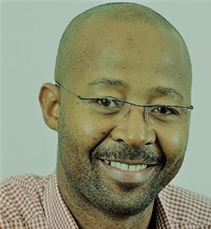 Prof Monwabisi K. Ralarala is Dean of Arts and Humanities at the University of the Western Cape. Previous positions include: Director: Fundani Centre for Higher Education Development (CHED) (Cape Peninsula University of Technology [CPUT]); Director: Language Centre (University of Fort Hare); Director of Research and Policy Development (Commission for the Promotion and Protection of the Rights of Cultural, Religious and Linguistic Communities); and Lecturer at the University of Stellenbosch’s (SU) Department of African Languages. Apart from being a Canon Collins Educational and Legal Assistance Trust Alumnus, he received the Neville Alexander Award for the Promotion of Multilingualism in 2017. He holds two PhDs (Stellenbosch University and University of the Free State respectively) on persuasion in African languages; and language practice (emphasis: forensic linguistics). His diverse research interests follow three lines: language rights and multilingualism in higher education; forensic linguistics; and translation studies. He has held visiting scholarships, nationally and internationally, for teaching and research. He has also published articles and book chapters, mainly in forensic linguistics and translation studies. His co-authored and co-edited books are: African language and language practice research in the 21st century: Interdisciplinary themes and perspectives (2017, CASAS); New frontiers in forensic linguistics: Themes and perspectives in language and law in Africa and beyond (2019, African Sun Media); Knowledge beyond colour lines: Towards repurposing knowledge generation in Higher Education in South Africa and beyond (2021, UWC Press) and A handbook on Legal Languages and the quest for linguistic equality in South Africa and beyond (2021, African Sun Media). He is founder and Chief Series Editor of Studies in forensic linguistics: Language and the law in South Africa and beyond.