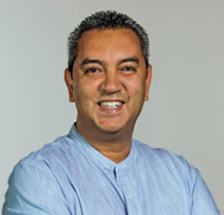 Garth Stevens is a Professor and Clinical Psychologist at the University of the Witwatersrand in South Africa. His research interests include foci on race, racism and related social asymmetries; critical violence studies; and historical/collective trauma and memory. He has published widely in these areas, both nationally and internationally, including co-editorships of A ‘race’ against time: Psychology and challenges to deracialisation in South Africa (UNISA Press, 2006); Race, memory and the apartheid archive: Towards a transformative psychosocial praxis (Palgrave Macmillan, 2013); and Decoloniality and epistemic justice in contemporary community psychology (Springer, 2021). He was the co-lead researcher on the Apartheid Archive Project, which was an international research initiative that aimed to examine the nature of the experiences of racism of South Africans under the old apartheid order and their continuing effects on individual and group functioning in contemporary South Africa. He is also the co-lead researcher on the Violent States, States of Violence Project, which aims to re-engage a theorisation of violence in the contemporary world. At present, he is a member of the Academy of Science of South Africa (ASSAf), serves as the Dean in the Faculty of Humanities at the University of the Witwatersrand, and is President of the Psychological Society of South Africa (PsySSA).